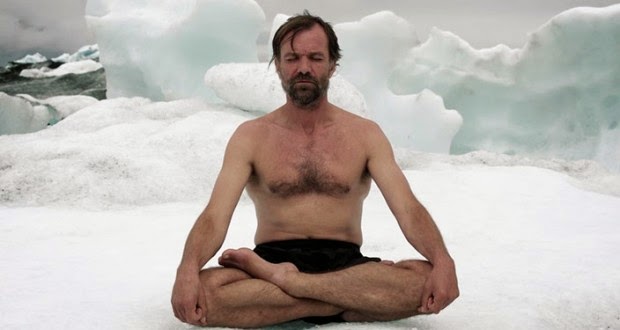 Wim uses the form of breathing called Tummo, which is found in the Six Yogas of the teachings of Tibetan Vajrayana to maintain his body temperature at normal levels, no matter what the external temperatures may be. He uses this ability to break records and perform incredible feats, such as sitting in tanks of ice in nothing but shorts and climbing Mt. Everest, wearing the same. Due to his popularity and media exposure, he has come to be known as "the Iceman." Many Buddhist monks still practice the art of Tummo. It is not unique, to Mr. Hof.