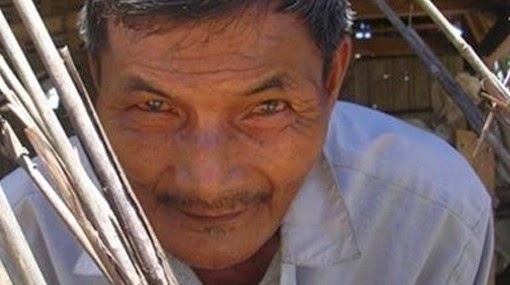 In 1973, Thai became ill with a fever. After he recovered, he was unable to sleep and has been unable to since (except for one thirty minute stint that he laughed about recently). He has been checked for mental illness and physical wellness and he is fine, except perhaps for poor circulation to the brain. Thai uses his gifts to work his farm both day and night and rather enjoys doing so, even helping neighboring farmers as well. He refuses to trade his gift for money, but does allow film crews to observe him at his own home if they wish to.

Email ThisBlogThis!Share to TwitterShare to FacebookShare to Pinterest
Labels: insomnia